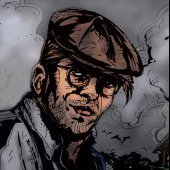 Synopsis
As new recruits you must prove your worth to join the ranks of Phoenix Base, but a chance meeting with Colonel Jack O’Neill could change all of that.

Living RPG Series
Stargate Phoenix – A Living RPG Series is a living campaign in which your character will live within a Stargate SG-1 canon universe series called "Stargate: Phoenix." Your success and failures will shape the story that plays out over a course of a “Season” of “Episodes” released over time.

What is a Side Mission?
Sometimes called “Bottle Episodes,” Side Missions are episodes that you can drop into any game season at any point and it is completely self contained. The only assumption for timeline is that this episode takes place after Stargate SG-1 Season 6 “Allegiance.” Side Missions can be played at a home game or as part of the Living RPG Series “Phoenix Site.”