Corey “Tex” Stevens was born in Eagle Lake, TX to a wealthy cattle farm owner and his wife, a practicing nurse. After their divorce at the age of 9, he moved to Sidney, NE with his mother but continued to spend summers with his father practicing the arts of cowboy life including livestock management, agronomy and most of all, riding. As he grew, Corey discovered he had a knack for riding, driving and flying just about anything put in front of him.

After graduating high school, Stevens quickly enrolled in the United States Air Force in hopes of flying the best of the best, but struggled through being an enlisted member of the service, and had to work his way up to the rank of pilot after achieving the rank of officer.

Stevens attended the Air Force Test Pilot School at Edwards Air Force Base, California with a follow up assignment to the F-22 Combined Test Force (CTF) where he served as the lead Flight Test Engineer for the 4th F-22. Throughout his career in the U.S.A.F, Stevens held various positions including Squadron Resource Advisor, Airlift Wing Scheduler, Assistant Flight Commander, Flight Commander and most recently Experimental Test Pilot. He has flown more than 1,500 flight hours in more than 25 different types of aircraft.

In 1998, Stevens retired from the Air Force at the rank of First Lieutenant, and pursued a career in the private sector working for Blackwater USA in North Carolina. After training and working with elite SEAL and SWAT teams at the Blackwater Lodge and Training Center, Blackwater USA provided Stevens top secret clearance to protect the CIA headquarters and another base that was responsible for hunting Osama bin Laden.

Throughout his tenure at Blackwater, Stevens participated in many covert operations, including being deployed during the aftermath of Hurricane Katrina to protect government facilities, as well as by private clients, including communications, petrochemical, and insurance companies.

In the Spring of 2002 Stevens was approached by former commanding officers with an opportunity to “fly to the stars” by an unidentified and highly classified branch of the armed forces. Intrigued, but finding the claims dubious, he hesitantly travelled to the Cheyenne Mountain Air Force Station (CMAFS) in Colorado to be briefed on a new operation known only as “Phoenix”.

After learning more details of the program, he accepted being called back to active duty with the U.S.A.F. and received a promotion to Captain. 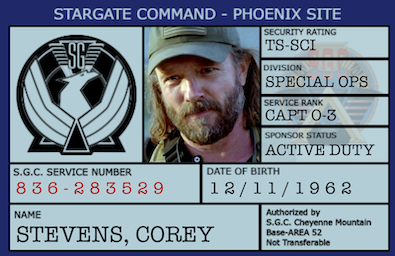 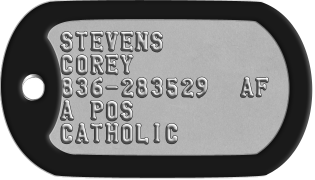 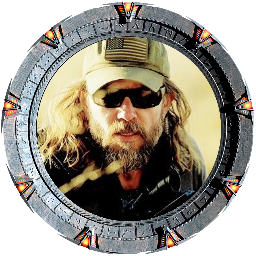