Hello! Looking for an online game (US time zones) 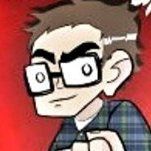 By newwavewarrior
December 13, 2020 in Introductions