Dr. Wright blended with a symbiote to prove he had isolated the Tok'Ra gene and found it in the specimen he was studying. Nyzel's value as an ally was enough for the authorities to turn a blind eye to the insubordination and risk Jamie took, and have them assigned to the Phoenix site.  Together they seek out ways to destroy the Goa'ould, through swelling the ranks of the Tok'Ra once again, and enhancing the abilities of the human body.

Dr. Wright is a slim 6ft British man, with short but curly dark hair. He gets tunnel vision around his research, and only thinks about the consequences if his symbiote prompts him to. Nyzel believes that the greatest atrocity committed by the Goa'ould was the stifling of human advancement, and is keen help to rectify this (at least in those he considers ready...).

One of the original spawning of the Tok'Ra, Nyzel was born with the memories of all the atrocities committed by the Ra and his galactic order. He and his siblings were nurtured by the Tok'Ra queen to oppose him and the other System Lords, and he took wholeheartedly to this.  When Egeria was captured on Earth and defeated at Ra's hand not long after Nyzel and his siblings matured, Nyzel began to get concerned with the long term sustainability of his people and their resistance. The Tok'Ra knew of the Goa'ould aspiration to create a Hok'tar for a host and Nyzel threw his life into pursuing that goal by whatever means necessary, arguing that not only would it benefit the Tok'Ra to have Hok'tar hosts, but that the hoststock itself would be more empowered to resist the Goa'ould.

Nyzel managed to acquire some tunnel crystals, and set up a secret base on a remote planet called Shanrar, where he gathered humans with promising characteristics, liberating them from servitude to the Goa'ould and recruiting them to the Tok'Ra cause. He taught that group to value their own agency, and over the course of decades developed a society that was based on advancement and realising their potential. He bootstrapped their scientific and technological understanding with Goa'ould technology and his genetic memories, and encouraged them to reproduce with the goal of genetic advancements in their offspring.

The project continued for a few hundred years, with slow but steady progress made and over the generations, Nyzel took successive hosts from among their number. They were all keen to blend with the symbiote to attain the benefits it would grant them and its vast repository of knowledge (not least due to the value system he had conveniently seeded in them). His increasingly impressive hosts however, did not go unnoticed by the System Lords though, and they managed to infiltrate the facility by having brainwashed one of his recruits.  The Shanrarans were no fools though, and soon realised something was up with the newest among their number, confining the spy to a secure facility.  Alas it was too late, the System Lords had the gate address, and though the locals buried the gate as precaution, an armada came and the world was bombarded. After the initial assault, they were overrun by an army of Jaffa, their masters intent on taking the facility's members for their own hosts, and gaining their amassed knowledge for the future. The Shanrarans were unwilling to let their bodies or their secrets, and so as their last act they chose to collapse the tunnels, sacrificing themselves to keep their advances out of the hands of the System Lords.

Nyzel was hunted down and tortured for information on how to replicate the successes of his Hok'tar programme.  When he refused to give it up, he was removed from his host and sealed in a canopic jar as punishment, Ra refusing to destroy the knowledge Nyzel had gained and hoping he would later be able to compel Nyzel to cooperate.  Ra later lost the planet in a border dispute, moved on to other things and memory of Nyzel and his Hok'tar project was lost to the ages until a tau'ri team happened upon the canopic jar and returned with it to Earth.

Dr. Wright started his career as a biologist, working for the NID at Area 51.  Jamie was a scientist low on the pecking order, often given routine and thankless tasks. At one point, he was working on a Goa'ould symbiote that was found in a damaged canopic jar on a random planet.  While other scientists were experimenting on the symbiote, and testing its physical limits, he was sequencing its DNA. In the course of this research, Dr Wright found that the subject's DNA correlated with samples taken from Jolinar and Selmak, but not with other, less friendly Goa'ould. Convinced that he had found the gene sequence that defined the Tok'Ra, he encouraged his superiors to reach out to the Tok'Ra and suspend experimentation on it.  Based on his very small sample size, they officially dismissed his concerns, although did try to procure more gene sequences of Tok'ra symbiotes, which raised attracted their attention.

When a delegation of Tok'Ra scientists arrived and demanded to know the reason for the unusual request, the administration had to reveal Dr. Wright's findings.  Interested, the Tok'Ra scientists verified his work, volunteering DNA samples of their own which corroborated the findings.  However, they were not able to identify the symbiote, and in its weakened state were unable to effectively communicate with it to verify its identity. The symbiote was dying, and the visiting Tok'ra let slip that it may survive with a host. So, despite knowing that his superiors were sceptical about his results and would never authorise it, Jamie risked blending with the symbiote to save it, and vindicate his work.  Luckily for him, he was right, and the newly re-embodied Nyzel was enough of asset for the powers that be to overlook the insubordination and have Dr. Wright/Nyzel transfered to the Phoenix site.

Jamie is an intelligent but not prudent or patient individual. He leaps to conclusions on scant evidence and then tries to find the quickest way to prove or disprove his theories, without consideration of the consequences. He feels he has something to prove, and being proved right is the most important thing to him.  He dreams of creating a retrovirus that could rewrite Goa'ould DNA to incorporate the Tok'ra memories.

Nyzel values agency over everything, which feeds into his allegiance to the Tok'Ra cause. He believes that without understanding there can be no agency and that one of the greatest atrocities committed by the Goa'ould was their stifling the advancement of humans. As such, he is committed to sharing knowledge (at least when he believes individuals are worthy), which often puts him at odds with the Tok'Ra council and leaves him largely uninformed of their plans or latest intelligence.  He is very much still interested in creating a Hok'tar, especially a as a host. Jamie is totally on board with this and they work together in pursuit of that goal, both of them willing to experiment on themselves and or anyone else that agrees to participate. Nyzel is much more patient though, and frequently has to act as the voice of restraint and caution in their partnership, 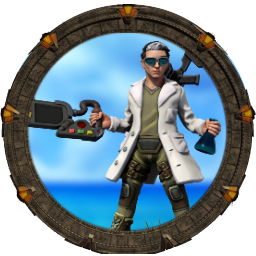 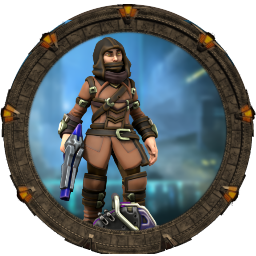