Where are you all from? 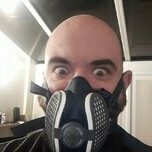 Top Posters In This Topic

I noticed there was a map pinning where people were in the playtest group. Seemed to be mostly people in the states, as a bloke who lives across the pond in the UK. I was curious to know where pe

I and my group are from Geelong, Victoria, Australia.